Easy to learn and play!
Each pre-constructed deck consists of 50 cards, including tutorial cards with rule explanations instead of card abilities, making it perfect for learning and teaching!
A new First Guide and Play Sheet will be included as well, making it the perfect deck for starting Vanguard!

Convenient packaging that can also be used as a deck holder!
Don’t have a storage option for your new deck yet? Not to worry!
The packaging of this Trial Deck can be used as your deck holder!
Each deck holder is capable of holding up to 50 sleeved cards!

Bonus PR Card included within each Trial Deck!
*Limited to the first print of Trial Decks. 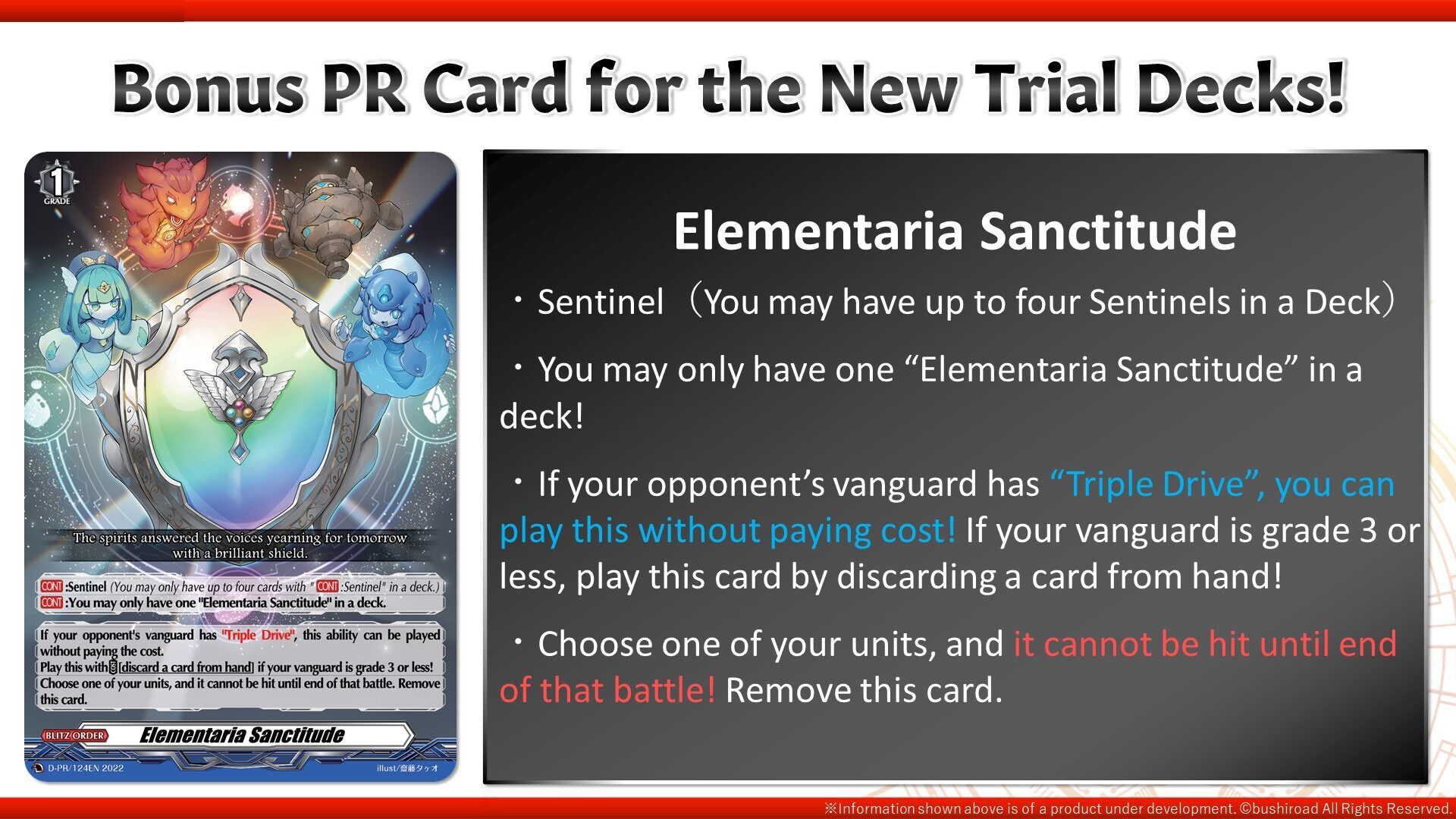 This website uses cookies to improve your experience while you navigate through the website. Out of these, the cookies that are categorized as necessary are stored on your browser as they are essential for the working of basic functionalities of the website. We also use third-party cookies that help us analyze and understand how you use this website. These cookies will be stored in your browser only with your consent. You also have the option to opt-out of these cookies. But opting out of some of these cookies may affect your browsing experience.
Necessary Always Enabled
Get your TCG (Flesh and Blood, FFTCG, Weiss Schwarz) needs from IanTCG! Shipping from the Netherlands. Necessary cookies are absolutely essential for the website to function properly. This category only includes cookies that ensures basic functionalities and security features of the website. These cookies do not store any personal information.
Non-necessary
Any cookies that may not be particularly necessary for the website to function and is used specifically to collect user personal data via analytics, ads, other embedded contents are termed as non-necessary cookies. We ask for your consent to use these to improve our website.
SAVE & ACCEPT